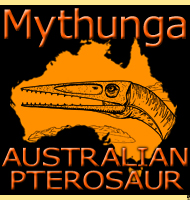 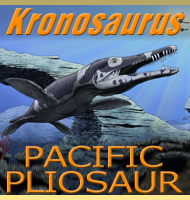 Unfortunately not only are pterosaur fossils rare in Australia they are usually very fragmentary‭; ‬such is the case for Aussiedraco.‭ ‬The type specimen had been known for over thirty years before it was granted the name Aussiedraco and represents the front piece of the lower jaw.‭ ‬The jaw itself was thin like you would expect in a pterosaur,‭ ‬something that would decrease water resistance as the jaw was swept through the water.‭ ‬In cross section the jaw has a triangular shape that would have strengthened it against forces pushing down on the upper surface,‭ ‬such as the pressure of the water resistance as the lower jaw entered and moved through the water.‭ ‬Both of these are important features as pterosaurs like Aussiedraco are thought to have caught prey while still flying.
The lower jaw had a minimum of five pairs of teeth with the teeth nearer the front angled to point forwards away from the mouth rather than up into the maxilla of the upper jaw.‭ ‬This characteristic is commonly seen in the ornitocheirid group of pterosaurs which were piscivorous fish eaters,‭ ‬and serves to increase the chance of prey capture as Aussiedraco skimmed its beak through the water.‭