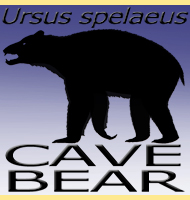 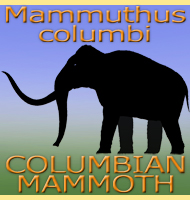 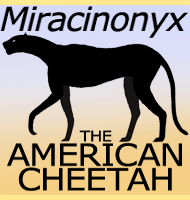 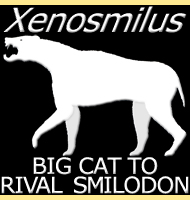 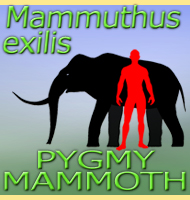 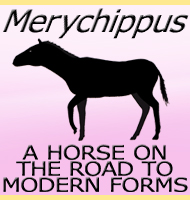 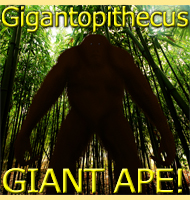 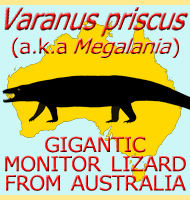 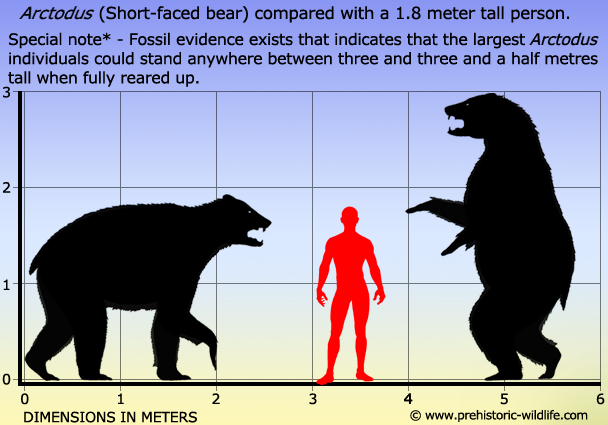 Arctodus is not a very well-known name,‭ ‬but this ursine has appeared repeatedly in the popular media under the more common name of‭ ‘‬Short faced bear‭’‬.‭ ‬Arctodus is closely related to another similar bear called Arctotherium which is known from South America.‭ ‬While larger specimens‭ (‬thought to be mature males‭) ‬of Arctodus may have been slightly larger in terms of skeletal size,‭ ‬Arctotherium had a more robust build that made it the heavier,‭ ‬and thus larger bear.

Arctodus‭ ‬-‭ ‬predator or scavenger?
With such an immense size and obviously powerful jaws it’s tempting to paint a picture of Arctodus as an apex predator that could kill anything it wanted.‭ ‬However,‭ ‬real science is not based upon assumptions that are established upon superficial glances but on in depth study of the available fossil material.‭ ‬With this in mind the analysis of Arctodus remains has led to a surprising but very plausible theory about its nature and behaviour.
Many Pleistocene mammal fossils have been subjected to a process termed oxygen isotope analysis.‭ ‬This is based upon the principal that different environments have different isotope levels which get absorbed by the plants growing on them.‭ ‬As these plants are eaten the isotopes are absorbed and stored in the herbivores tissues as a marker that allows palaeontologists to establish which types of animal were active in which environment and what they were eating.‭ ‬In turn as these herbivores were killed and eaten by carnivores the isotopes get re-absorbed into the carnivores‭’ ‬bodies which reveal roughly which animals were being eaten by which carnivores‭ (‬for example the sabre toothed cat Smilodon seems to have had a preference for bison‭)‬.‭
The analysis for Arctodus shows that it was what is termed a hypercarnivore,‭ ‬an animal that has a diet where seventy to a hundred per cent of the eaten food is the tissue from other animals.‭ ‬However it also revealed that Arctodus ate all kinds of animals,‭ ‬and did not specialise in just one type of prey,‭ ‬something that is highly unusual for a predator,‭ ‬but quite normal for a scavenger.
The skeleton also reveals hints to both the travelling and predatory ability of Arctodus,‭ ‬with special reference to the long limbs.‭ ‬These could be seen as giving Arctodus a significant reach advantage that allowed it to swipe at prey animals,‭ ‬but the problem here is that first Arctodus would have to get close enough to its prey to do this.‭ ‬In terms of speed the long legs with their broad strides are thought to have given Arctodus a top speed approaching fifty kilometres an hour,‭ ‬something that would have seen it able to comfortably match most of the available prey species.‭
However these same legs are proportionally much thinner than they are in other running animals,‭ ‬and are considered too fragile to be able to support a heavy animal like Arctodus if it made a sharp turn when running at speed.‭ ‬This could mean an injury such as a break or dislocation that probably would have been serious enough to cause the death of the injured bear as it could no longer move about.‭ ‬But it is actually these long legs that further support the scavenger theory as since they are lightweight they would not require a great amount of effort to move.‭ ‬Additionally the long sweeping arc of the feet meant that Arctodus could comfortably cover more ground with each step,‭ ‬making locomotion such as walking or even running extremely energy efficient.‭ ‬This means that Arctodus could cover territories that spanned several hundred square kilometres on a reduced amount of food than would be required by a dedicated predator.‭ ‬This is a vital survival adaptation when you consider that a scavenger does not know when or where its next meal is coming from.
Another clue comes from the immense size of the body.‭ ‬Arctodus simus was the largest carnivorous mammal currently known from Pleistocene North America,‭ ‬and possibly the largest carnivorous animal since dinosaurs like Tyrannosaurus disappeared at the end of the Cretaceous period.‭ ‬As such it’s extremely unlikely that the other Pleistocene predators would have put up much of a fight and risked injury or even death from a more powerful animal.‭ ‬This behaviour has been well documented in modern times where grizzly bears will walk in and steal kills away from packs of grey wolves that let the more powerful predator take what it wants rather than risking injury.
The final support for Arctodus being a scavenger comes from the skull.‭ ‬Arctodus is known as the short faced bear because its snout is proportionately shorter than that of other bear genera.‭ ‬These means that when food is placed in the mouth it is nearer the fulcrum‭ (‬point of articulation‭) ‬of the skull and mandible‭ (‬lower jaw‭)‬.‭ ‬This focuses a greater amount of pressure from the jaw muscles onto whatever is between the jaws,‭ ‬and seems to have been an adaptation that allowed Arctodus to crack open bones to get at the marrow within them.‭ ‬This is another key survival adaptation as Arctodus would inevitably come across carcasses that had already been picked clean,‭ ‬but the bones still in place because the predators that killed the animal were unable to crunch the bones open.‭ ‬Even more critical to survival is the fact that bone marrow can remain nutritious for months and even years after an animal dies,‭ ‬something that would help Arctodus to survive even when there were no fresh kills to steal.‭ ‬Also fossil evidence of large bison bones exist that look like they have been bitten open by an animal like Arctodus,‭ ‬a feat that would be beyond the scope of smaller predators like wolves.
Arctodus also had a proportionately large nasal opening in the front of its skull which indicates that it was capable of sampling a larger volume of air for scents.‭ ‬This coupled with the bears larger size meant that it could sniff out and sample scents that were being carried higher up,‭ ‬possibly to the point of detecting a carcass from several kilometres away by smell alone.‭ ‬All of these factors combined point to the short faced bear Arctodus being a much specialised scavenging animal.

Why the short faced bear Arctodus and the other megafauna became extinct.
Bearing in mind the almost certain possibility that Arctodus was a specialised scavenger it would have been reliant upon two things.‭ ‬The first is the presence of other large mammals that could provide enough sustenance to live on,‭ ‬and the second is other predators powerful enough to kill them.‭ ‬The end of the Pleistocene age in North America is marked by a disappearance of the megafauna that had for a long time populated this continent.‭ ‬Not only does this mean that everything from mammoths to camels‭ ‬went extinct,‭ ‬but most of the larger and more powerful predators such as Smilodon,‭ ‬the American Lion and Dire wolves also declined and eventually disappeared because there was no more large prey for them to hunt.‭ ‬With the loss of both factors critical to the survival of Arctodus gone,‭ ‬it was only a matter of time before it followed them into extinction.
How this extinction happened is a controversial subject as there is no one explanation that comfortably covers the whole extinction.‭ ‬One is that the last glaciation of the Pleistocene finished the megafauna.‭ ‬The problem here is that this was but one of eleven major glaciation periods that occurred throughout the Pleistocene,‭ ‬with the previous ten not eradicating the megafauna.‭ ‬With this in mind either the last glaciation was exceptionally severe,‭ ‬something that is partially supported by analysis of ice cores,‭ ‬or it was not the only reason.
Perhaps the most popular theory that supports this extinction is the appearance of human settlers who had crossed over the Bering land bridge from Asia.‭ ‬These people are known as‭ ‘‬Clovis people‭’ ‬because of their use of Clovis points that tipped wooden spears that these people launched from special spear throwers called an atlatl.‭ ‬These weapons combined with human intelligence would have made the Clovis people the most formidable hunters to so far set foot upon North America.
How the Clovis people interacted with their environment is a further matter of controversy as some researchers believe that they went upon a killing spree across North America that wiped out the traditional prey species like mammoth and camel,‭ ‬with several fossil sites showing human butchering of carcasses.‭ ‬Another theory is that the carnivores like Smilodon were deliberately eradicated to remove them as competition to the available prey,‭ ‬although to date there is no evidence to suggest that the Clovis people did this.‭ ‬Today neither of these theories is widely accepted as while Clovis people did hunt the animals of North America,‭ ‬there is insufficient evidence to suggest that they alone hunted the megafauna into extinction.‭ ‬Also early humans managed to live in other areas of the‭ ‬world‭ ‬alongside other megafauna for much longer.
The reality is probably a combination of the above two events.‭ ‬Animals had survived previous glaciations before,‭ ‬but times would still have been hard with the sick,‭ ‬old and weak being more susceptible to succumbing to the harsh climatic conditions of the time.‭ ‬This likely meant that the Clovis people that were also trying to survive only had access to reduced populations of animals,‭ ‬which meant that their actions would have had a greater long term impact as fewer animals were surviving to reproduce.‭ ‬Additionally factor in the presence of other carnivorous animals and you get a picture of an ecosystem that is stressed beyond its ability to support such a large and diverse range of creatures.‭
With the large prey species reduced to numbers that they could not recover from and dying out,‭ ‬the larger predators were unable to hunt the smaller and more agile prey animals and also began to decline and disappear as well.‭ ‬With no more large scale kills to steal,‭ ‬Arctodus too disappeared from the landscape.‭ ‬The Clovis people by contrast could hunt any size of animal with their spears,‭ ‬and had the intelligence to adapt accordingly to different challenges.‭ ‬Also the smaller cousin of the short faced bear,‭ ‬the grizzly‭ (‬Ursus arctos horribilis‭) ‬is an opportunistic omnivore that explores its environment to eat everything from fruits,‭ ‬to insects to even occasionally killing its own prey.‭ ‬This adaptability is why the grizzly survived this time,‭ ‬and the over specialised Arctodus disappeared.