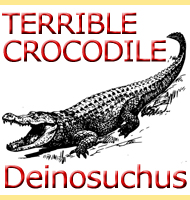 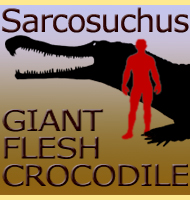 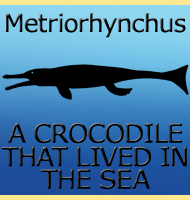 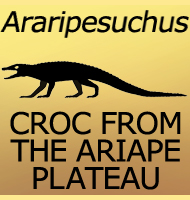 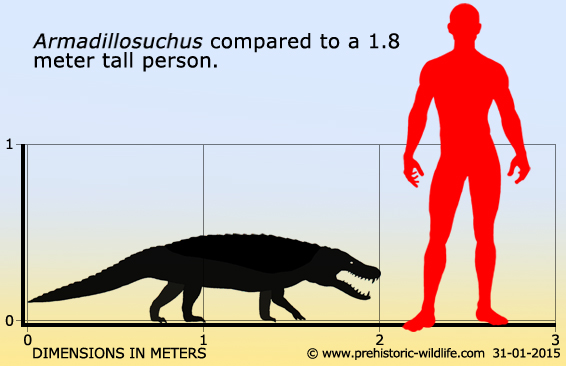 
Armadillosuchus is but one of many bizarre crocodiles from the Cretaceous period,‭ ‬but what makes this genus different are the armadillo-like plates in the form of flexible bands and rigid plates that run down the length of its body‭ (‬hence the meaning of the genus name‭)‬.‭ ‬Armadillosuchus is widely believed to have been a terrestrial crocodile,‭ ‬which means that it left the water for extended periods to actively live on land.‭ ‬Ideas from this come from analysis of the fossil site which back during the Cretaceous was thought to have had a very dry hot climate with seasonal rainfall as well as the legs which are better suited to walking than other more aquatic forms.‭
Another interesting feature is the lower jaw which can slide forwards and backwards,‭ ‬a degree of motion virtually unheard of in other crocodile forms which are usually only capable of opening and closing.‭ ‬Although only speculation,‭ ‬this movement may have enabled to use a sawing motion with its jaws in a particular feeding the style.‭ ‬The jaws also narrow quite significantly rather than being broad like in many other forms.‭ ‬Again this might have been for a specific feeding adaptation.