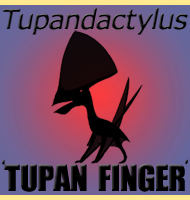 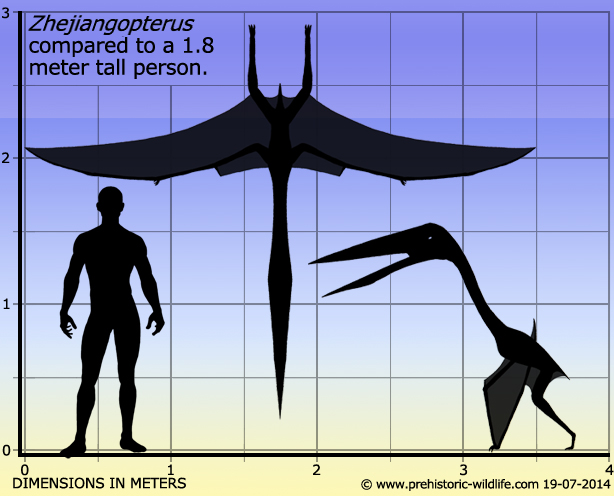 
Zhejiangopterus belongs to the Azhdarchidae group of pterosuars, the same group that includes the huge Quetzalcoatlus. With the large number of fossils of Zhejiangopterus discovered, it is one of the better represented of all the azhdarchids. Initially thought to have had a 5 meter wingspan, study of available fossil material has called for a revision and henceforth reduction of the total size to 3.5 meters. The wings were relatively short compared to the body length, but were robust.
The toothless beak was long and pointed. Although there was no crest on top of the head, what appears to be a reinforcing crest ran along the base of the lower jaw. The antorbital fenestra was greatly enlarged taking up roughly half the skull area. this would greatly reduce the weight of the head.
The long legs on Zhejiangopterus meant that it would have had a high walking gait while on the ground. This supports the hypothesis that the azhdarchids hunted like modern day storks.