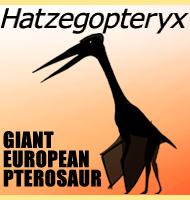 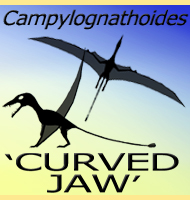 Noripterus appears to have been a scaled down version of Dsungaripterus complete with a more gracile build. However the discovery of a leg bone that was attributed to the new genus Phobetor in 1982 now casts doubts upon this. When studied again, along with further material attributed to Phobetor in 2009, the material was found to be identical to Noripterus, just larger, leading to Phobetor to be reclassed as a junior synonym of Noripterus. The inclusion of the Phobetor remains has since increased size estimates of Noripterus to a four meter Wingspan.
Like Dsungaripterus, Noripterus had a specialised set of jaws that allowed it to dig out and eat shellfish. A crest was also present on top of the snout.