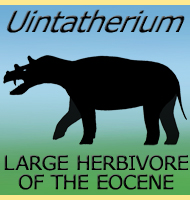 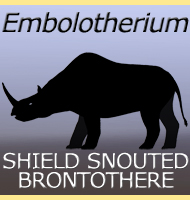 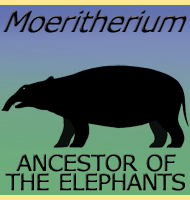 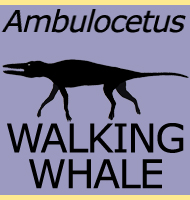 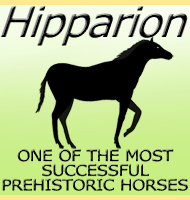 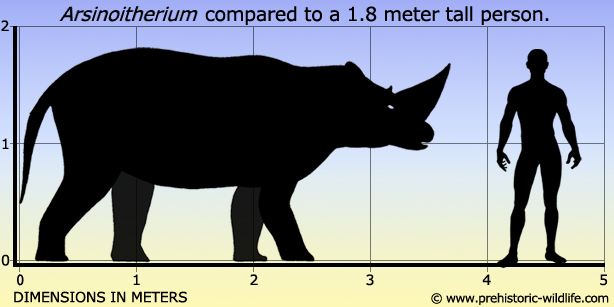 
Arsinoitherium fossils were first found in the Faiyum area of Egypt,‭ ‬and to date these fossils are the best preserved with some specimens being almost complete.‭ ‬Arsinoitherium now seems to have been spread further across Africa as well as parts of the Middle East,‭ ‬while fossil material from Europe and Asia has revealed that the possible ancestors to the Arsinoitherium genus may have come from other areas.
Arsinoitherium were large quadrupedal herbivores that are immediately identifiable from the two extremely large horns that protrude from the top of the skull.‭ ‬It is thought that these two horns were sexually selected characteristics‭ ‬which are most greatly developed in the males,‭ ‬and would have been used primarily for display,‭ ‬and possibly even combat between competing individuals.‭ ‬A second pair of much smaller horns also grew from the posterior base of the larger horns.
Although it is tempting to state that Arsinoitherium was rhinoceros-like,‭ ‬the legs and hips have both been noted to actually be more elephant-like.‭ ‬Arsinoitherium is thought to have been a selective browser of shrubs as opposed to a grazer,‭ ‬a plausible scenario given that the vast grassy plains of the Cenozoic did not begin to take hold fully until the Miocene and after Arsinoitherium went extinct.‭ ‬It may even be that the continuing shift from forests to grass plains may have been one of the contributing factors to the demise of Arsinoitherium.‭ ‬The form of the teeth of Arsinoitherium also indicate that Arsinoitherium were browsers.‭ ‬In total Arsinoitherium had forty-four teeth that are also noted for being quite primitive in form.