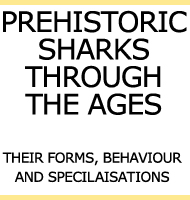 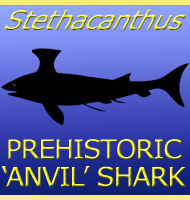 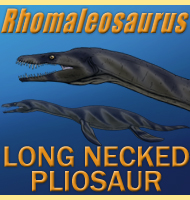 
As a lamniform shark, Squalicorax probably would have resembled a modern Great White shark. Aside from swimming the northern oceans between North America, Europe and North Africa, an articulated skeleton of Squalicorax, S. falcatus, has been recovered from the US state of Kansas. This indicates that Squalicorax was also swimming in the Western Interior Seaway that once submerged the mid US, along with much of Canada. These would have been dangerous waters for even a fully grown Squalicorax, as giant mosasaurs such as Tylosaurus were also swimming these waters at the time.
Squalicorax is a confirmed dinosaur eater, with evidence of this coming from a metatarsel (foot bone) of a hadrosaurid that has a Squalicorax tooth embedded in it. The general consensus is that the dinosaur had been swept out to sea and had its body scavenged by a wandering Squalicorax that may have picked up on its scent in the water. 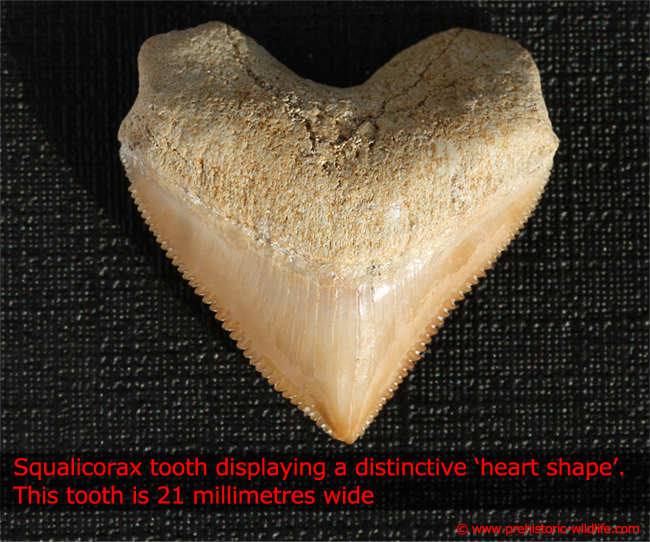