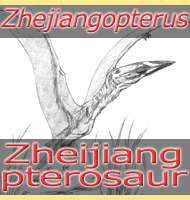 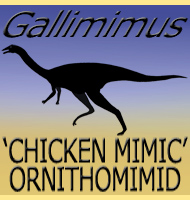 If you are confused by the name 'ge ge wing', 'ge ge' actually means princess. Gegepterus was called this because of the extremely gracile nature of its build, looking fragile even for a pterosaur. The reason for the long thin skull of Gegepterus is most probably a specialisation for filter feeding like other members of the Ctenochasmatidae. In fact Gegepterus is the first confirmed member of this group discovered in China. Previously ctenochasmatids were only known from Europe and South America, and although other pterosaur discoveries in China have been thought to be attributable to the group, the skulls and dentition were never preserved.
For the purpose of filter feeding, Gegepterus had up to one hundred and fifty small and fine teeth. Gegepterus would have sifted through mud and silt, allowing it to drain out between the gaps in its teeth which would have been two small for small invertebrates to pass through. Once the invertebrates were trapped Gegepterus had its meal.