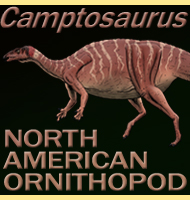 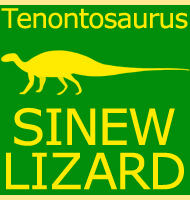 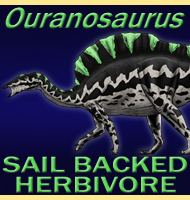 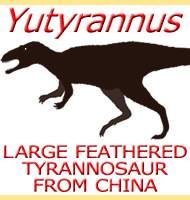 
The maximum adult size of Dryosaurus is difficult to estimate as all of the known specimens seem to represent animals that were still growing. What is known is that Dryosaurus was a bipedal dinosaur of the bird hipped group. It had a light build with long legs, long neck and a stiff tail, but no known defensive features, so it probably relied upon speed and agility to escape predators.
Dryosaurus earned its name from the oak shaped teeth of its mouth, a marked characteristic of herbivorous dinosaurs that fed on lush vegetation. It also featured a beak at the front of the mouth which would have been used for cropping off parts of plants. Some palaeontologists have also considered the presence of cheeks to prevent food from spilling out of the sides of its mouth.
Study of Dryosaurus remains show that the skull underwent considerable change as it grew, the eyes of the smaller juveniles being proportionately larger than the larger specimens. As the animal grew, the skull would extend forwards resulting in a larger snout.