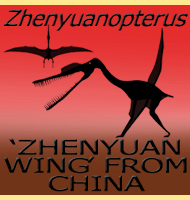 Bogolubovia did not come into existence until seventy-five years after the holotype was discovered in 1914 by Nikolai Nikolaevich Bogolubov. Initially the remains were attributed to Ornithostoma as O. orientalis, and later reclassified as a species of Pteranodon. Now the original description can be compared with greater understanding of pterosaurs in general, Bogolubovia is thought to represent an azhdarchid pterosaur.