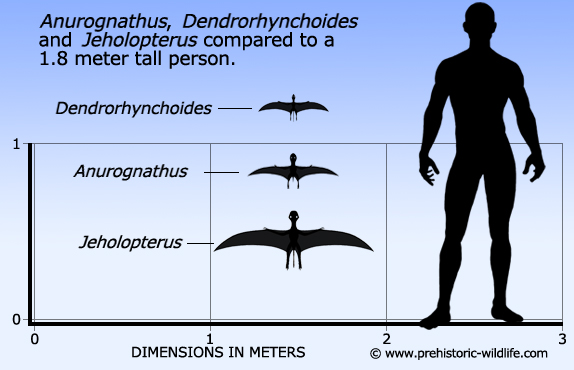 
Anurognathus seems to have had a disproportionately large skull for such a small creature, but nevertheless, shows adaptations suited to an insectivorous diet. The teeth are small and sharp, and the head is wider than it is long. The eyes are also large and slightly face forwards allowing for some depth perception through what is termed as binocular vision.
Study of the eyes and the scleral rings that were inside them lead towards a crepuscular lifestyle, meaning that Anurognathus would have been most active in the twilight of the dawn and dusk. While this tiny pterosaur would have been an accomplished hunter of insects, Anurognathus may have also have been hunted itself by larger pterosaurs. By sticking to being active in the twilight, it may have had easy access to prey while avoiding being out at the same time as either diurnal or nocturnal pterosaurs.