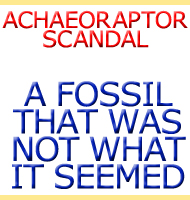 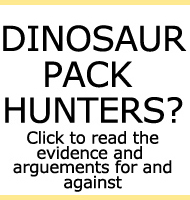 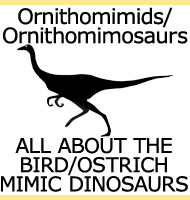 Articles
All free for you to read!

Archaeoraptor Scandal
The story of how a fossil promised to revolutionize evolutionary theory, yet was not what it seemed.

Carcharodontosaurs
The‭ ‘‬shark-toothed‭’ ‬theropod dinosaurs that were supremely adapted for killing and grew to immense sizes.

Coelacanths and their living examples the Latimeria
How coelacanths were once a part of evolutionary theory, and how the discovery of living examples revealed the truth of the matter as well as how these ancient fish really lived.

Entelodonts
A look at how entelodonts have been portrayed over the years with a review of the theories that may answer some of the questions about these strange beasts.

Mosasaurs
In depth information about the mosasaurs, marine reptiles that during the Late Cretaceous went from humble coastal dwelling lizards to become the fearsome apex predators of the world’s oceans.

Pack Hunting Dinosaurs
A look at some of the fossils and dig sites that may suggest pack hunting behaviour in dinosaurs, including the larger theropods.

Pterosaurs - An Overview
The biology of pterosaurs and an explanation of flight characteristics and lifestyles for different kinds of pterosaur.

Spinosaurs
The super specialised theropod dinosaurs that have confused and interested everyone in equal measure.

Terror Birds of the Phorusrhacidae
A look at the hyper carnivorous birds that were once the apex predators of the America's.

The Placodonts
A brief review of a very specialist group of marine reptiles that lived during the Triassic, including their evolution, adaptations, behaviour and extinction.

Tyrannosaurs
The most famous group of theropod dinosaurs of all time that grow to a range of different size,‭ ‬crush bones with their bites,‭ ‬and some of which are known to have had feathers.